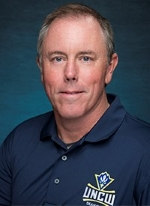 UNCW, which tied with Delaware for the fewest goals conceded in the CAA, set a program record by registering five consecutive shutouts against league opponents Northeastern, Charleston, Towson, William & Mary and Drexel.

In his first season as the bench boss, the Seahawks posted a 9-6-1 record to finish in a tie for sixth place in the CAA regular season standings. The squad overcame the adversity of dealing with Hurricane Florence to be in contention for a Colonial Athletic Association Tournament berth until the final day of the regular season. Sophomore Marissa Vincent was named to the United Soccer Coaches All-East Region Second Team after headlining a group of three Seahawks to receive All-CAA honors.

"We want to welcome home a native Wilmingtonian, a UNCW graduate and a true Seahawk," said Jimmy Bass, UNCW Director of Athletics. "Chris is a high-caliber head coach with a tremendous commitment to academic excellence. Our student-athletes are going to really enjoy playing for Chris and we're all looking forward to what the future holds."

The experienced Neal is just the third coach in the 26-year history of the UNCW program, following Keith Cammidge and Paul Cairney.

"It is a tremendous honor and privilege to lead this Seahawk team," said Neal. "Based on my experience in the CAA, this is a very talented, passionate, and hard-working group of student-athletes. I am excited to get to know them better and to help them achieve their athletic and academic goals.

"This program has experienced tremendous success, in both the CAA and NCAA, and I am determined to build on that legacy."

Before his brief stopover in Fayetteville, Ark., Neal was the winningest head coach in Elon women's soccer history with a 90-76-31 record. He was named Southern Conference Coach-of-the-Year in 2012 after leading the Phoenix to their first SoCon championship appearance until overseeing Elon's transition to the CAA in 2014.

In his final season at Elon in 2017, Neal's club finished with a 9-6-4 record against stiff competition. Four opponents made the NCAA Tournament and five foes reached the finals of their conference championships.

Before arriving at Elon, Neal worked as a volunteer assistant coach and assistant coach at UNCW from 2001-07, helping the Seahawks compile a 70-55-8 record. The Seahawks earned the NSCAA Team Academic Award five straight years during Neal's time with the program.

Neal earlier enjoyed a successful stint as the head men's soccer coach at Pfeiffer in Misenheimer, N.C. In three seasons at Pfeiffer (1998-2000), Neal piloted the Falcons to a 36-22-4 (.613) ledger and their first-ever NCAA Division II ranking (No. 13). In 2000, the squad advanced to the CVAC Tournament Championship match that ended in a 1-1 draw with Longwood advancing in a penalty kick shootout.

Neal was as an ODP staff coach and coaching education instructor for the NC Youth Soccer Association during his time at Elon. He also worked with the NSCAA as its state technical director from 2001-08. He was responsible for organizing, advertising and instructing a variety of coaching education courses for thousands of youth, high school and college coaches.

Neal earned his B.A. Degree in Political Science from UNCW in 1995 and M.A. in Education from Augusta State in 1998. He holds the NSCAA "Premier" diploma and a United States Soccer Federation "A" license.

A goalkeeper by trade, Neal played locally for the Wilmington United and Cape Fear SA club teams and was an All-Conference performer at New Hanover High School.

Neal and his wife, Amy, have a daughter, Josi, and son, Rex. 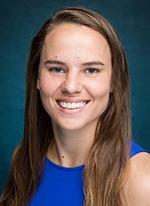 Fomer UNCW women's soccer standout Jennifer Ludemann completed her second season as a member of the Seahawks' coaching staff in 2019.

A 2013 UNCW graduate, Ludemann returned to the Port City after serving as an assistant coach at Trevecca Nazarene University, a NCAA Division II school located in Nashville, Tenn. The Trojans posted an 8-5-3 record in 2017 and reached the quarterfinals of the Great Midwest Conference Championship.

"She has so much experience to share after playing professionally in Europe and her impact on this team will be very positive."

A native of Greensboro, N.C., Ludemann finished her UNCW playing career tied for the school record with 81 career appearances and helped the Seahawks win their first Colonial Athletic Association title as a freshman. She was a two-time team captain who earned All-Tournament Team honors at the CAA Championship as a senior.

The talented defender continued her playing career by competing for HJK NAISET, a professional team in Helsinki, Finland. She was a two-year starter and helped HJK to the 2013 Suomen Cup Final while being named as the team's Most Valuable Player by the coaches and the Most Important Player by her teammates.

In addition to playing overseas, Ludemann spent time with the Charlotte Eagles W-League team in 2015 and 2016. 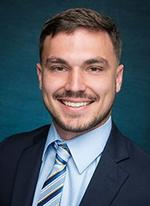 Sean Donahue completed his second season as a member of the Seahawks' coaching staff in 2019.

“Sean checked every box we wanted for this position,” said Head Coach Chris Neal. “Our program needs a coach with successful experience training goalkeepers at the NCAA Division I level. We also need someone that is highly capable of helping the team in the analytics and video areas.

“In addition to these qualities, Sean brings tremendous energy to our team culture. We’re very lucky to have him on board.”

Donahue, a native of Winston-Salem, N.C., joined the Seahawks after a two-year stint as a graduate assistant coach at Jacksonville State. During his two seasons at the Ohio Valley Conference school, Donahue mentored Caroline Robinson into one of the top goalkeepers in the OVC.

Donohue is a 2016 graduate of the University of Alabama and earned his Bachelor of Science Degree in physics and mathematics as a National Merit Scholar.

A three-year starter at West Forsyth High School, Donohue earned all-conference and all-region distinction three times and was a honorable mention all-state selection in 2011. He was also a product of the North Carolina Fusion, one of the top clubs in the state. 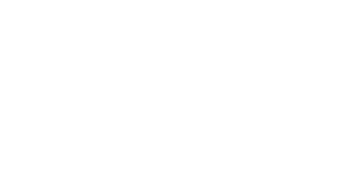 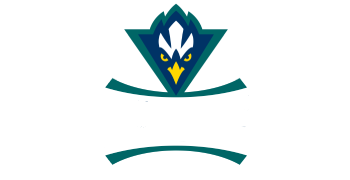 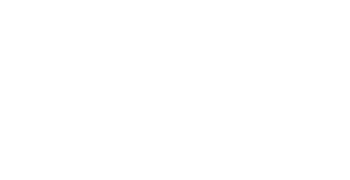 This camp is neither supported, controlled, nor supervised by UNC Wilmington but rather is under the sole supervision, control and sponsorship of Seahawk Soccer Academy.